Rule #9 – If you are out riding in bad weather it means you are badass. Period.

Source: the rules as laid down by the Velominati, Keepers of the Cog.
Today was definitely a day for contemplating both of these rules, and they were cited on a few occasions to cheer our small group of riders and prevent further defections to home or a coffee shop due to the inclement conditions. 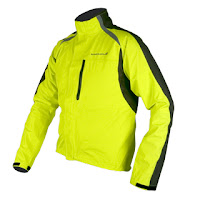 Even though they disagreed on how much, and when it would start, every forecast was predicting a cold morning with some rain. With little doubt of a downpour, it was clearly a perfect day to break out the Endura Flyte jacket for it’s inaugural ride, the only one of the items brought over on Mum’s visit not to have been road tested yet. In theory, this jacket should be more water and windproof than my lightweight jacket or gilet, albeit at the expense of portability. Once on, the jacket needs to stay on as it does not fold down small enough to go in a jersey pocket. So you need to be pretty sure it will be cold and/or wet enough that the jacket will be needed for the whole ride. 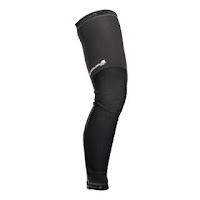 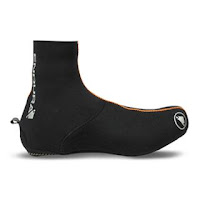 Along with the new jacket, I also put on my Deluge Zipless overshoes and FS-260 leg warmers. Both of these have had one previous outing and proved their value at beating the cold, but this would be their first test in the rain.

I must confess, as I started down the road with all my layers on I was almost too warm. But even in the dark of the morning, I could just make the outline of some fairly ominous looking clouds in the sky. Sure enough, swinging right at the lights into Main Road and heading towards our meeting point at Waterstone Village a few small half-hearted spots of rain were already drifting lazily on the air. It was easy to ignore them at first as we chatted in the car park, but even before we started off a steadily increasing drizzle was glinting in the gathering beams of headlights arriving for the ride. By the time we reached Beach Road in Strand the drizzle had turned into full on rain – so much for the forecasts which had suggested we would stay dry until 11 o’clock.

A quick stop and confer and it was agreed that with nearby Gordon’s Bay hidden by a blanket of cloud and rain, the coast road would not make for a pleasant ride. Not willing to abandon the ride though, the decision was made to change our route and we swung back and headed for Vlaberg. Conditions did not improve by heading inland though, and as we span wetly along our new route each junction we crossed saw a fresh crop of riders elect to turn for home. By the time we left the R102 the attrition was complete: our group had been culled to seven or eight die hard riders, buoyed along by a consensus that since we were already wet we may as well just keep going.

I was surprised how easily my legs span up the first ramp of the Vlaberg climb, but three and a half weeks off the bike for our holidays caught up with me on the second ramp and it was a slow crawl to the top and the waiting group of riders. Flying down the Stellenbosch Arterial, a mix of road spray and rain made for a solid drenching. Penny commented that it was surprisingly exhilarating, which in a weird way it was: it’s not every day you get to take a 45km/h shower.

The remainder of our ride home from Stellenbosch was a bit of a struggle – my legs felt good, but lack of saddle time definitely showed in my energy levels. Our usual coffee stop was abandoned by consensus. None of us wanted to stop and allow the wet and cold seep in deeper and then have to get back on the bikes again. So we pedalled briskly for home, and bid our farewells as we peeled off the R44 at our various exit points.

Back home, after over two hours of solid riding in the rain, it was time to assess how the kit had performed. Wettest were my First Ascent gloves and shorts – to be fair, the shorts aren’t billed as water proof, but the gloves in theory are all weather outdoor gloves. They did keep my hands warm, but get a marginal thumbs down for waterproofing. My legs felt wet during the ride, but rather surprisingly peeling off the leg warmers they actually seemed quite dry. I suspect the close fit of the warmers had something to do with the sensation of being wet, so these get a solid thumbs up. My feet were warm and toasty all ride, but the boot covers and cycle shoes were a little damp. I suspect fitting my mudguards for an audax event would see much less road spray on the boots and drier feet as a result, so another thumbs up there. Last to come off was my jacket. My jersey was only slightly damp on the back and dry on the front, which given the conditions I’d rate as excellent. Oddly, my thermal vest was wetter than the jersey, so I must have been sweating more than I had realised. First prize for dryness though goes to my new Pocpac phone pouch – not only dry inside, but outside too, although that probably bears as much testament to the effectiveness of the Endura jacket as the actual pouch itself.

All in all it was a surprisingly memorable and enjoyable ride given the conditions. Without the camaraderie of the brave souls who stuck it out it would have been a miserable ride in foul weather. But the lively and friendly banter kept going the whole ride, lifting spirits and preventing anyone dwelling on the steady drenching of rain and road spray. Cheers folks!

All photos from Endura web-site