Before we get into this one an apology is needed, because I’ll be leaving the main route here for a short diversion. As will be obvious from the cake pictured left, this last week has seen the arrival of a fairly major life event for me. Like the Arrivee of a good audax, a landmark that at one stage seemed impossibly distant has come and gone. Not one measured in kilometres this time though but years, a haf century of them.

The actual birthday itself was a quiet one – time for family after a week away with work in the US. But in the style of Yoli’s family a birthday is never just a single day – varying from anything to a weekend, a week, or even a month, depending on the ability to stretch things out and keep the party going. In my case, it was a week long affair – starting the Sunday before with a family lunch at Coseca. Rolling onto the actual day itself which unusually for me was spent at work but nicely book-ended with tea and cake in bed, and rounded off with an early dinner at 96 Winery Road. Early because Ben joined us.

“Daddy, are we going to a restaurant?”

Maybe it’s odd for a 5 year to actually enjoying dinners out, but it’s delightful for us. The one caveat being some form of play area to burn off some energy before we sit down and eat. After that, we’re pretty much sure of a well behaved child and the surprised but relieved look of waiters and maitre d’. Again, there’s a few caveats buried in there too – a couple of well chosen toys for the table, don’t linger too long, and there must always be ice cream to end, or cake, or both. 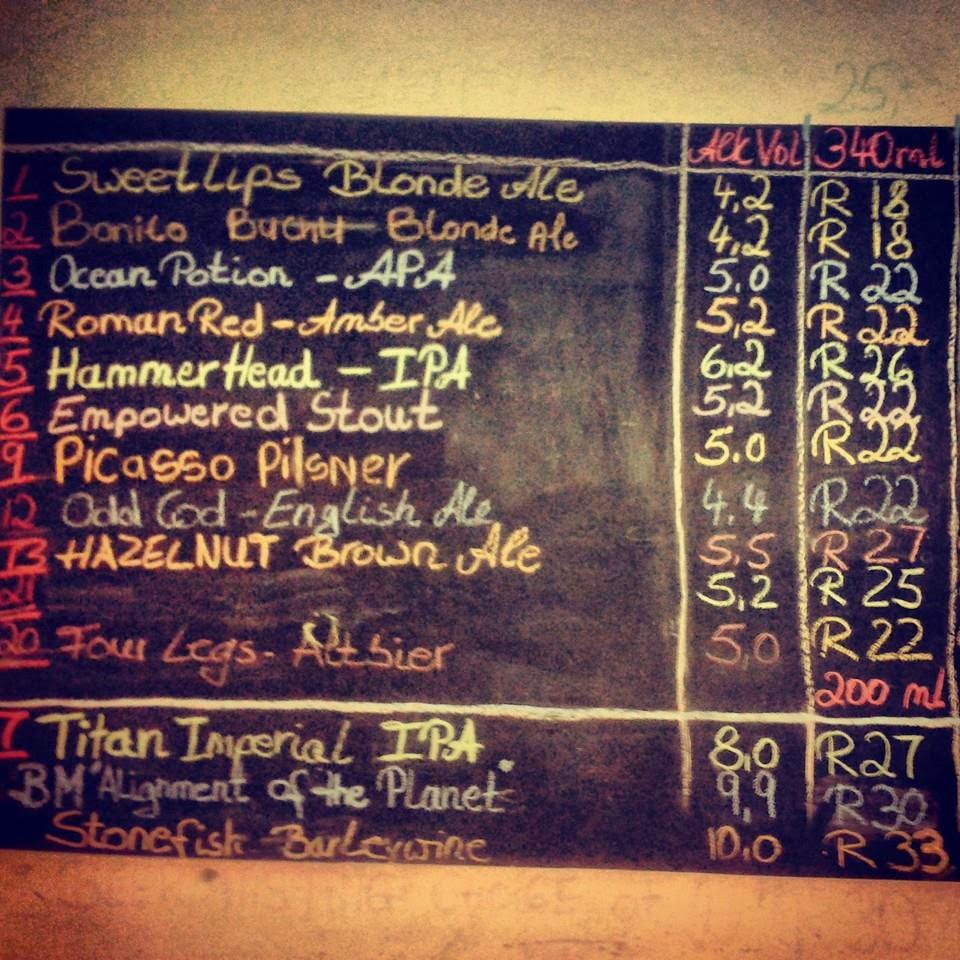 So we come to the finale of my week long 50th – an actual piss-up in a brewery. Having worn out that phrase before and during the party, it’s the last time I’ll say it. Promise. But it’s too good to miss out. The brewery in this case being Triggerfish of Somerset West. At one stage they could have been called a new craft brewery. But with so many recent startups, Triggerfish are now firmly established as a member of the old guard producing solid stalwarts of the burgeoning local ale scene. 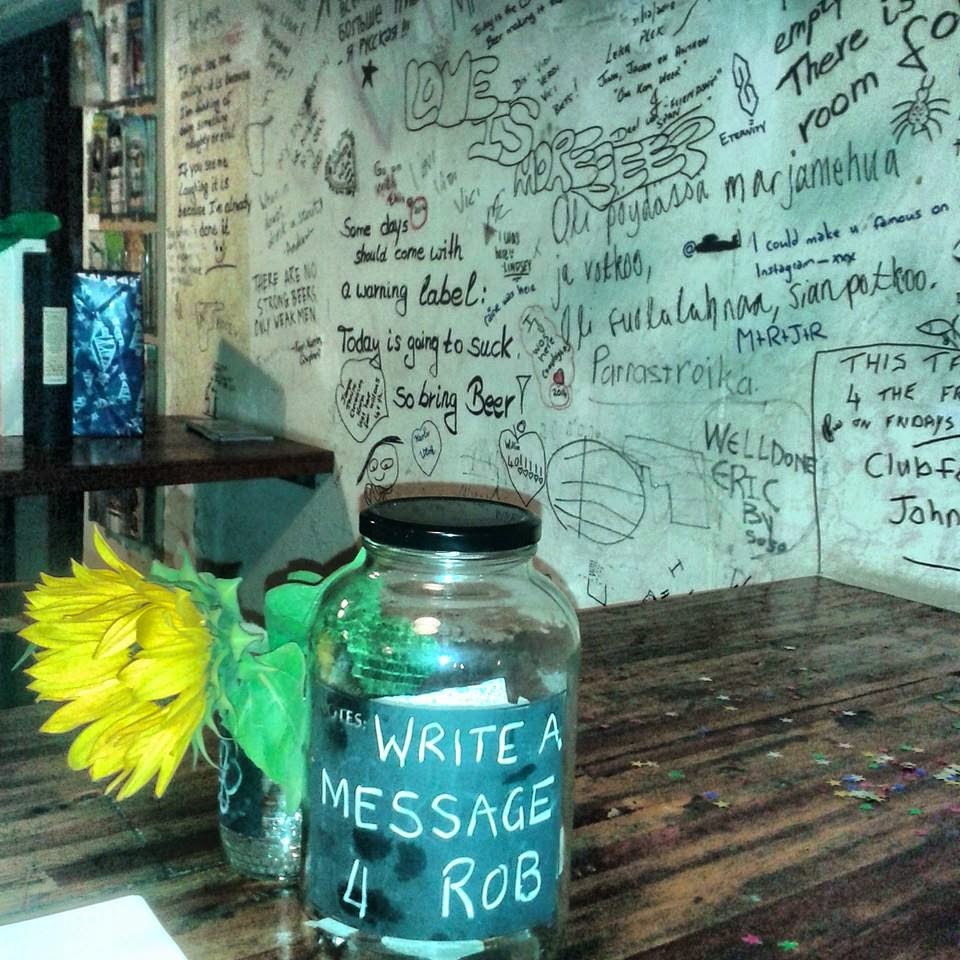 Yoli’s project management skills came fully to the fore in organising said drink-fest. There were of course the core essentials of the venue, champagne, awesome food, even more awesome cake. But beyond the obvious were all sorts of little touches: the old photos strung up on the birthday banner, many of which I’d totally forgotten about; the disposable cameras and props for everyone to snap embarrassing and surprising pics of the event; and the jar of handwritten messages, something which I only discovered a read day later after the hangover had dulled down to just a raging headache. I’ll lay claim to the pumping soundtrack, but that’s the start and end of the work I did on the event (and yes, ok, Vicki, when we call it a mix tape there is no actual tape, but playlist really sounds so lame).
Did I mention the awesome cake at all? Talk about centrepiece – the Cup Cake Tarts outdid themselves on this one, capturing every aspect of Yoli’s details to the letter: dual flags across the five and zero; the Dumm Weiss label and miniature bottles; me in cycle gear plus bicycle; and a full set of signposts – LEL, PBP, TB MTB, and RAM. That last one is the only slight hiccup, there’s an A missing, and that’s fine. In fact it’s actually rather fitting, because it’s not a goal that can really be talked about yet – only dreamed of.
And then we come to the last, and most important aspect of the party. The amazing gathering of friends who could make it along to celebrate with me. And that’s really where my usual talent for excessive verbiage dries out. I have no words to sum up what their presence means to me, not just at the party but in our lives. The seven and a half years since we moved to South Africa have been an incredible ride so far, but I could not possibly call this place home without the friends and family who share it with us.

Thanks guys. Not just for the best 50th party ever, or the far too generous gifts, but for being part of the amazing adventure that is our lives. 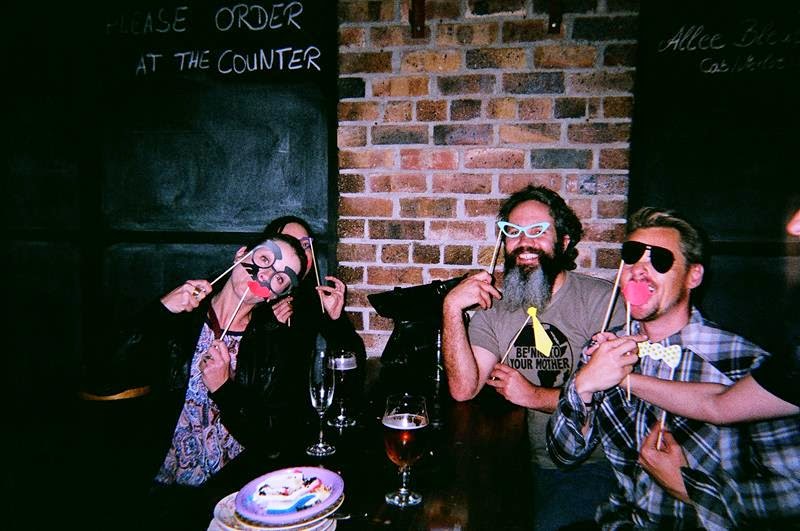 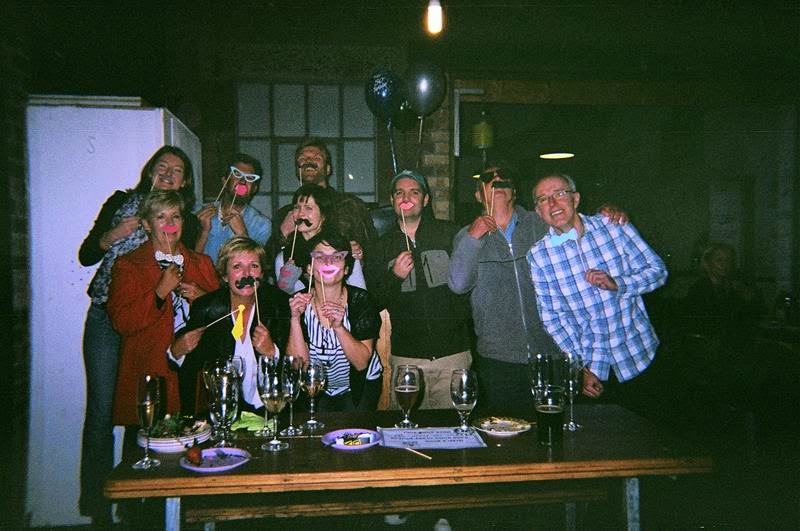